In the summer of 2016 a number of violent, gang-related crimes occurred in a La Habra neighborhood. Officers attempted to gain information from the community, but met with resistance. Gang Detective Noah Daniels proposed a new approach: he believed that before asking the citizens of this neighborhood for help, he should take the time to introduce himself and the police department to the community.

A neighborhood meeting was scheduled in a local school. Prior to the meeting, Detectives Daniels and Mucio Sanchez knocked on every door in the community, distributing an English/Spanish flyer inviting residents to an informal community meeting where light refreshments would be served.

The first meeting was attended by about 15 community members, and they shared their frustrations with the recent crimes as well as other quality-of-life issues in their neighborhoods. The lines of communication were open; citizens were educated on the functions of the city’s different departments, leading to requests for additional resources. This led to subsequent meetings wherein Detective Daniels invited representatives from other units within the Police Department and the City. Members of City Hall, Code Enforcement, and Community Recreation, along with Police Dispatchers, Traffic Officers, Patrol Officers and Detectives attended. Citizens could now directly inquire or request services from the actual departments that would help them. The information sharing and the ability to provide more personally directed resources was astounding, eventually growing to an attendance of close to 50 citizens at the last meeting.

This strategy was also adopted by Officer Ricardo Rodriguez and subsequently community meetings were held in other high-crime neighborhoods. These meetings led to a summer event, “Cool Cops.” Here, the children and other members of the community were treated to ice cream and a large inflatable waterslide. Joining the children at the festivities, and on the waterslide, were several La Habra Police officers, including Detective Daniels, and members from other departments within the City.

As a result of the regular meetings between City staff and the community members, La Habra has seen a reduction in violence and vandalism and an increase in community tips regarding crimes. The resistance to help or reach out to the Police Department has been decreased and it is not uncommon for community members to directly contact Detectives or Police Officers with information that helps combat the crimes affecting the community. 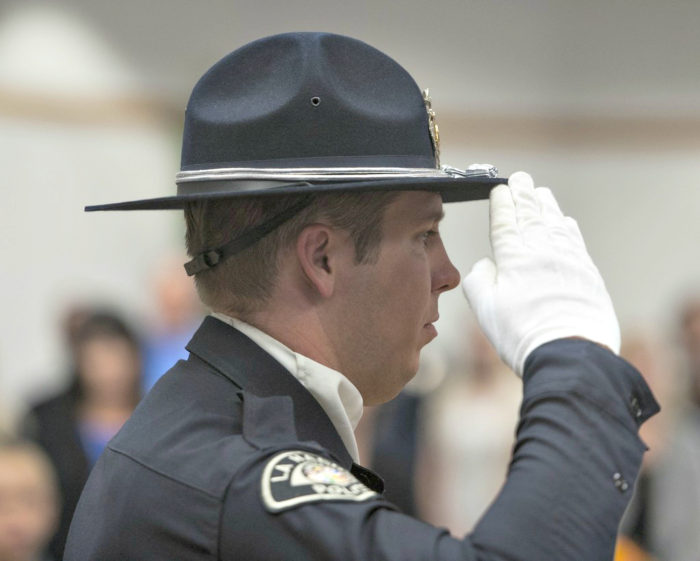 The Community-Policing Award recognizes a department or officer that has tailored creative strategies to provide outstanding service to and build positive relationships with their communities..

>>Get Your Tickets Here<<